Opening Remarks from State of Social ’20

Delivering the opening remarks at State of Social ’20 is one of the most nerve-wracking things ever. Here’s what I had to say this year…

And a year of a few other things too…

In the bigger picture, I know I’m one of the lucky ones. I mean I live in WA. But there have been a lot of really dark days this year. For the most part, I’ve held it together once I got past the fact I’d have to reschedule this event from June. That day, tho? The day they cancelled events? That day was one of the toughest. For you see, 2020 was the year where I had decided to really go all in on events.

Yay. How fun for me.

March took forever and April seemed to last only a few days. My birthday came and went at the height of iso and like many others I just continued to remain grateful that I lived in WA, and that the Easter Bunny could come too.

We could even run and eat a kebab if we so wanted to.

Discussions around mental health have always been important, more now than ever, and watching the Premier laugh was the break we all needed. Or at least I think so.

A funny thing happened about this time. Twitter got good. Like really good. With more and more people around the world stuck at home, niche twitter began to grow.

Communities began to explode bringing people from all over the world together for a positive it seemed. And now, Marketing Twitter has grown to be one of my favourite things of all time when it comes to social media, community and learning.

I’ve always been a fan of Twitter – it’s how I get every international speaker we’ve ever had grace our stage – but Marketing Twitter made me fall in love with the platform all over again.

I’d followed the likes of Matthew Kobach for over a year, but it was a tweet from Julian Gamboa that asked all the brand social media managers to identify themselves. And for some reason they did. A few more cosmic moments and club MarkTwit was born.

When it came to International Social Media Day, there was a shift. For the first time it wasn’t about celebrating platforms and communication and technology, it became about celebrating us – the guys at the front line, the social media managers who are the people behind the brands. Marketing Twitter came out in force. It became normal to talk about our troubles. To find solace with those experiencing the same things, no matter where in the world you might live.

You see if you are in social media – or marketing for that matter – and you’ve made it thru this year? You deserve a nobel prize, grammy, OBE and more all in one. Our job has been tough…

Our job has been more than tough.

And for people who like to plan, our job has been a nightmare.

Every single day the goal post has changed. And it is our responsibility to be the customer service operator, graphic designer, data analyst and everything in between.

We’ve worked with diminishing budgets and teammates and yet every day we continue to promote the brands we work with, with a smile, despite what our own personal situation may be.

The black square and black and white challenge brought the idea of #HashtagActivism to the forefront for a lot. Were you posting on social media to make yourself feel better? Was it a hollow post with no action behind it? Or were you making changes? Did you understand the power of what you were posting or were you just following the trends?

Then Sarah Cooper became a national hero, and Netflix superstar, with her impersonations of Trump.

You know things were getting desperate if Christian Hull was going viral for guessing paint colours. How good was he tho?!

Everyone finally discovered Schitt’s Creek and all the memes have made the world better.

KPop stans hijacked all the racist hashtags and TikTok became a political rallying tool – and then football.

Then there was Ocean Spray and TikTok. In a million years, DoggFace208 would not have passed most brand standards. Especially when the brand is as wholesome as Ocean Spray. What happened next was a masterstroke, and hopefully a reset in real time marketing.

We all waited and waited for Ocean Spray to come out with a reply, some amazing piece of content. And they didn’t.

Mick Fleetwood jumped on the trend. Still nothing.

And then, They simply bought the guy a truck.

As you see, it was a broken-down truck that led to Nathan’s skate boarding in the first place. Ocean Spray thought outside the box and got creative and the results got them far more goodwill than Marketing Twitter would ever allow. And they stayed on-brand.

David Attenborough joined Instagram and beat records. And then the kid from Harry Potter beat him.

There have been so many other amazing viral moments and social media cases this year. Some good, some bad.

Have they become to big to fail or will we see some change?

There was that whole FB ad boycott in July – huge waves that caused!

You need to watch the Social Dilemma.

I hope a positive change in the platforms is a discussion we can help navigate together.

Social media is powerful and I think we sometimes can forget that. And in some cases it’s easy to forget the volume of our voice. I think sometimes people feel like they are shouting out in a void. We’ve all said things we shouldn’t have. I’m sure one or two of our speakers can tell you first-hand what happens when you say something online that perhaps you shouldn’t have. I’ve been reminded a few times myself just how many people are listening…

I do encourage you to find your own voice tho. One thing this year has taught me, is that there is so much room for new opinions and it’s important that we get out of our ad land bubbles. Just ask anyone who’s not in marketing about Ocean Spray or Baby Peanut and they will look at you blindly.

You know I like to keep raising the bar and I hope that despite every challenge we’ve faced this year, I have done that for you. I mean, who’d have ever thought we would have a Hollywood star join us? Anyways. Enough of me.

I hope that you enjoy yourself today and tomorrow and that you not only learn, but have a bit of fun. Where else can you drink beer and cuddle puppies at work? Oops. Secrets revealed. A huge thanks to all of our sponsors, especially those who have continued to support this event and me since day one.

Now, let’s hear what everyone else has to think… 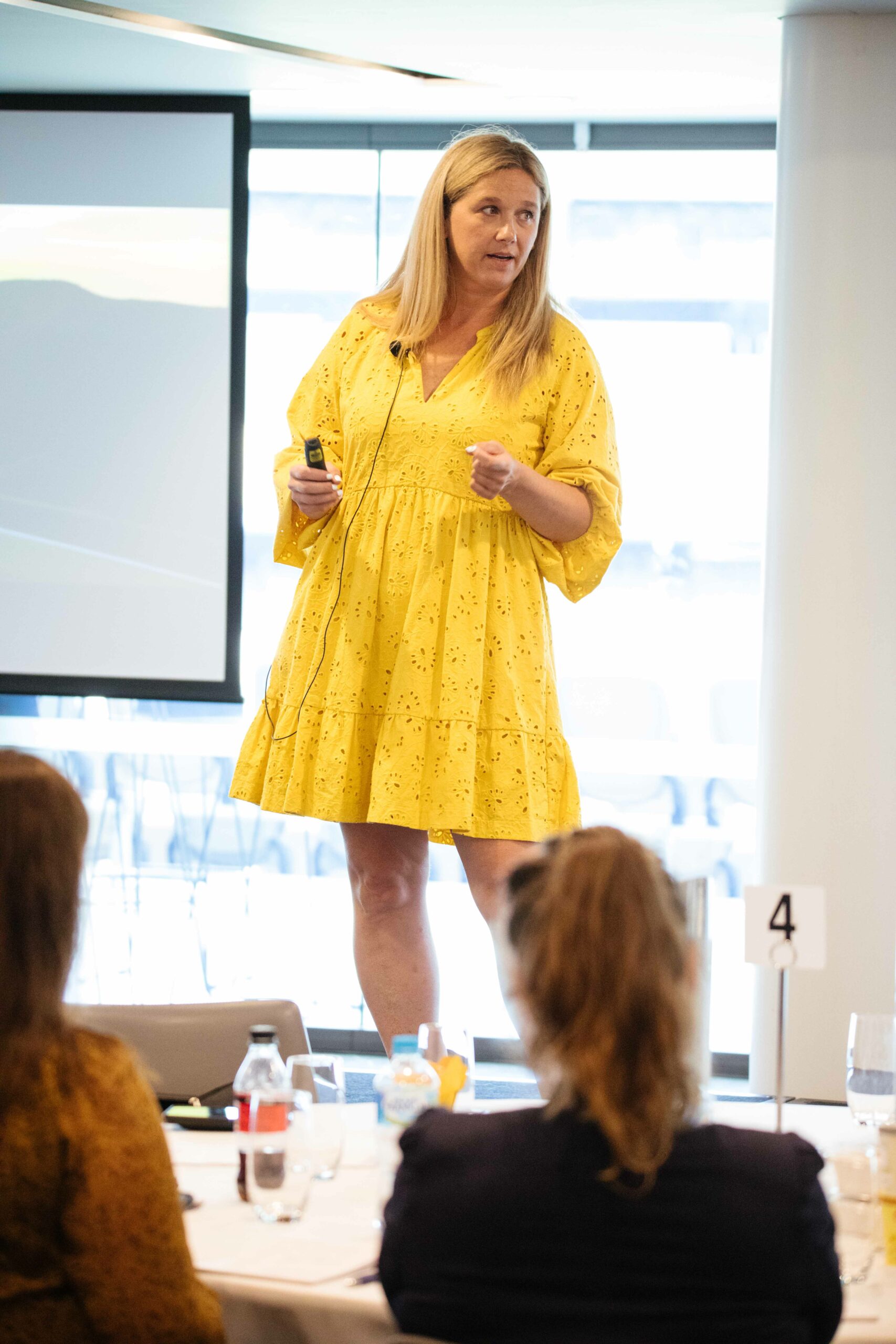 Posted In: Thoughts \ Tagged In: state of social

I'll Meet You in the Lobby Podcast with Jacinta Phelan